Our Staff at Surfside Urgent Care

The staff at Surfside Urgent Care is dedicated to your health and safety. Our caring providers want to help you as quickly and efficiently as possible to minimize your wait time, while providing a high level of care. We take the time to listen to our patients and make sure you have a voice. We will then do our best to get you back on the road to health.

Our providers are also great with kids, and frequently perform in-depth sports physicals to make sure your children stay healthy out on the playing field. 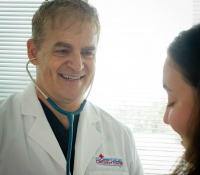 Douglas St. Clair, M.D. is Board Certified in Emergency Medicine. He was born and raised in Pittsburgh, Pennsylvania and attended Temple University School Medical School in Philadelphia, on a US Air Force, Health Professions Scholarship.

He then served an Emergency Medicine Residency at Wright State University School of Medicine in combination with the Wright-Patterson Air Force Base Medical Center in Dayton, Ohio.

Upon completing his training, he was stationed at Eglin Air Force Base, Florida where he eventually served as Medical Director of the Emergency Department.

After leaving the Air Force, he moved to Tequesta, Florida in Palm Beach County where he worked in several local emergency departments and owned and operated Tequesta Urgent Care.  He moved his family to Melbourne Beach in 2002 and began working in the emergency departments of Holmes Regional Medical Center and Palm Bay Community Hospital.

In 2010, Dr. St. Clair began caring for Veterans commuting to the Denver VA Medical Center. Seeing a need in his local community, he helped establish Surfside Urgent Care with a goal of improving access to urgent medical care provided by experienced Emergency Medicine Providers with minimal to no wait. 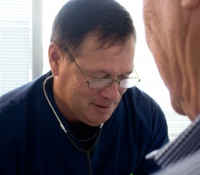 Dr. James Steele, DO was raised in the small towns of Eldon and Selma, Iowa; he enlisted in the Army, serving in Germany, in search of a college education. After an honorable discharge, he attended Kirksville College of Medicine. He then joined the US Air Force working as a flight surgeon for an A-10 unit in England for 3 1/ 2 years.

After leaving the military, he moved to the central coast of Florida eventually settling in Vero Beach and working in the emergency departments of Holmes Regional Medical Center and Palm Bay Community Hospital for over 10 years.

In 2010, Dr. Steele began working with the Veterans Administration Medical System in Denver, Colorado, then returned to Florida to work for the VA in Gainesville before retiring from government service.

Dr. Steele is married with 3 children and 3 grandchildren. He enjoys spending time with his family, golfing, cycling, and is and avid sports and movie fan. 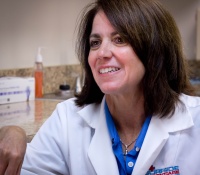 Tina Campanile received her Bachelor of Health Science in Physician Assistant Studies at The University of Florida in 1987. After practicing in Ophthalmology for 3 years, Tina decided to serve her country and joined the United States Air Force. As a Captain in The Air Force, she practiced in Primary care and Emergency Medicine. She has combat medicine experience serving in Saudi Arabia and Kuwait during Operation Desert Shield/Storm. In 1996, PA Campanile received a Masters Degree in Science while completing a residency for Physician Assistants in Emergency Medicine at Alderson-Broaddus College in Philippi, West Virginia. Tina has practiced in the field Emergency Medicine since 1990.

Tina has worked at Surfside Urgent Care since its opening in 2012. 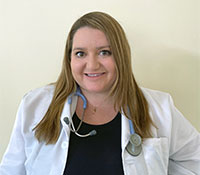 I have been a practicing PA for the past 12 years. Most of my experience has been in the Emergency Department where I see all age ranges of patients from infants to geriatrics. I grew up in Coral Gables, Fl. and went to the University of Florida for my undergraduate studies. I earned my Physician Assistant Masters Degree at Nova Southeastern University. My husband, myself and our two awesome children live in Parkland, Fl. Some of my hobbies include paddle boarding, spending time with my family and cycling.

I am grateful that by being a Physician Assistant, I can use my medical skills and knowledge, interpersonal skills, and listening skills to provide the best care to my patients!

I love being a PA and I also love my patients!

Walk-in for urgent care, or call for a COVID test appointment.